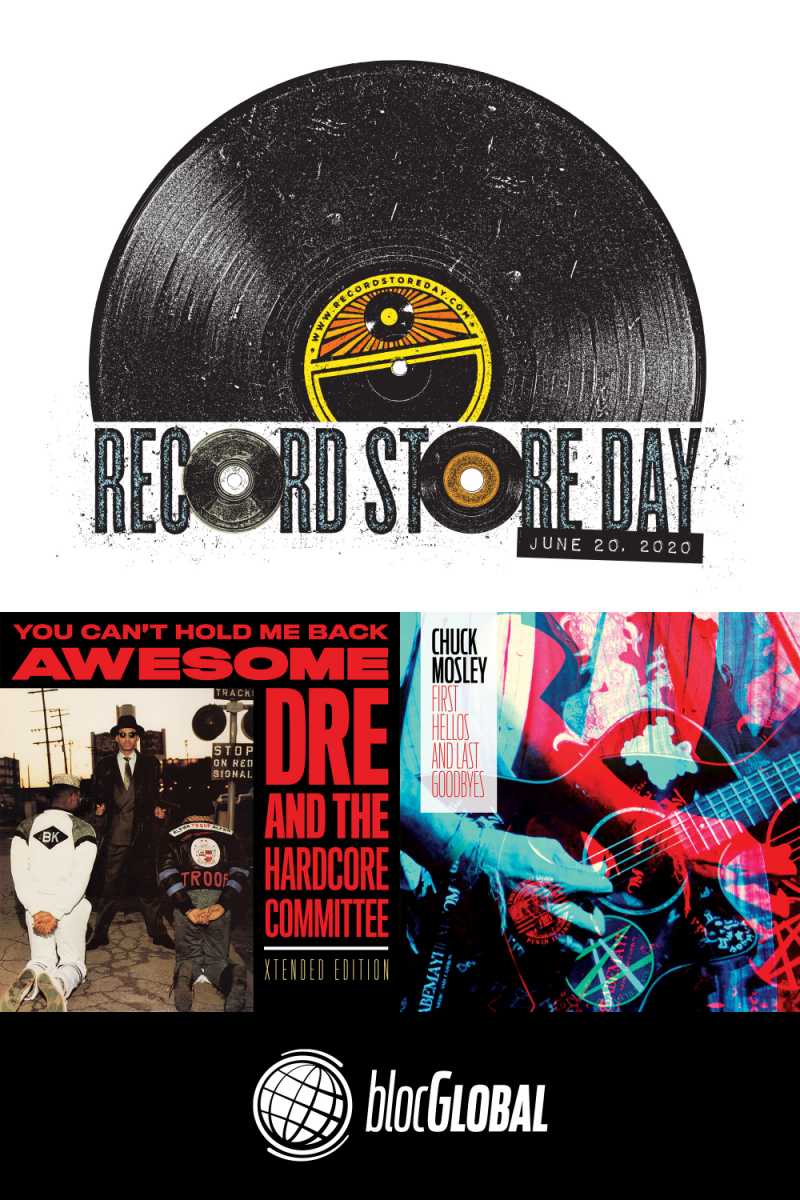 UPDATE: Due to the COVID-19 panedemic, Record Store Day has announced that they are delaying the event until June 20th to help in preventing the spread of the virus.

Today we’ve got very special news for you. On June 20th, otherwise known as Record Store Day we’ve got not one, but two releases set to hit retail internationally.

Back in early 2019 we had announced blocGLOBAL, our distribution partnership with Traffic Entertainment Group as well as the return of Awesome Dré And The Hardcore Committee’s debut album You Can’t Hold Me Back. After logistical / timing issues came up, it was looking like it would see a late 2019 release. However, as the year wore on, we decided that it’d be a great Record Store Day release and decided propose it. The fine folks at RSD picked it up and here we are. So, on April 18th for the first time in 30 years, you’ll be able to pick up a brand new copy of that groundbreaking Hip-Hop album. Remastered with care by our Mastering Engineer TDX’s Shawn Franklin, the album’s never sounded so good! It’ll be available on red vinyl along with a download card for access to the Digital Edition containing three bonus tracks!

Recorded during Chuck Mosley’s Reintroduce Yourself tour (which sadly turned out to be his final), First Hellos and Last Goodbyes is the result of an idea that he originally had to deliver a live collection of songs. In fact, the point of the tour was to give Chuck a chance to revisit his past, in cement, VUA and even stuff from way back in the day. This EP has a mix of those, along with one brand new song, Blue Heart, which he wrote a few months before passing. Mastering Engineer Shawn Franklin of TDX did an incredible job cleaning up these performances and making them sound their absolute best. Wait until you hear! Available on aqua blue vinyl and also with a download card for the Digital Edition.

If you want either of these great releases, you need to get them in stores on June 20th, 2020 Record Store Day. Be sure to call your local shops and ask them to order!