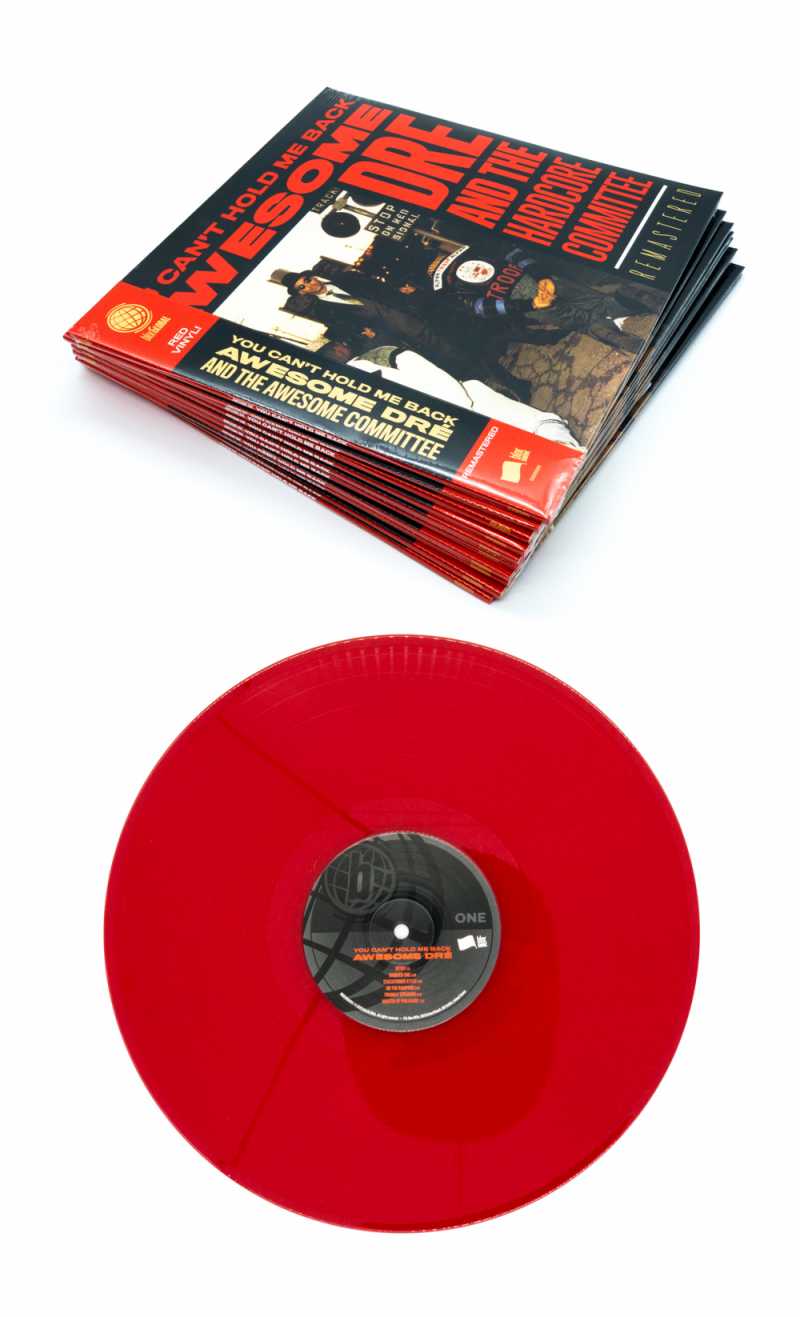 Presented on translucent RED vinyl with an OBI-strip, a color printed inner sleeve, and a download card to the full album plus three exclusive bonus cuts.

Originally scheduled for the now postponed April Record Store Day 2020, Get On Down & blocGlobal are proud to be able to offer this classic album, shipping now.

In the late 80s, Detroit rap pioneer Awesome Dré (Hard Core Committee) was among the first to stomp onto the national scene by signing to Priority Records. With his mix of political and hardcore he provided a unique perspective and voice during the height of hip-hop’s golden era. A voice that would not shy away from controversy, asserting Detroit’s place in hip-hop by challenging New York legends Kool Moe Dee and LL Cool J.

Highly regarded as a top hip-hop lyricist, Awesome Dré has been putting out work for over 30 years. His debut album, You Can’t Hold Me Back, is considered by many to be a classic. For the first time since 1989 that Billboard charting debut gets a physical release on vinyl by blocGLOBAL label blocSonic! As one would expect, for this 30th Anniversary edition, the album has also gotten remastered. For the remaster, TDX (defexperience.com) mastering engineer Shawn Franklin took special care to give the album a sonic presence that the original release lacked. Translation… the album sounds better than ever before!

Originally planned for release on Record Store Day, April 18th 2020, the COVID-19 pandemic threw a wrench in the works and forced all involved to change plans. Rather than making you wait even longer, we decided to kick things off with an online release at getondown.com on Awesome Monday, May 18th. Then, on July 10th, it’ll be available in stores!

We know that we’ve kept you all waiting a long time for this incredible release, but the wait is almost over and we thank you for hanging in there. We really can’t wait for you all to get your hands on this beautiful release. We’re so happy to be able to give an Awesome Dré & The Hardcode Committee release the care it deserves.