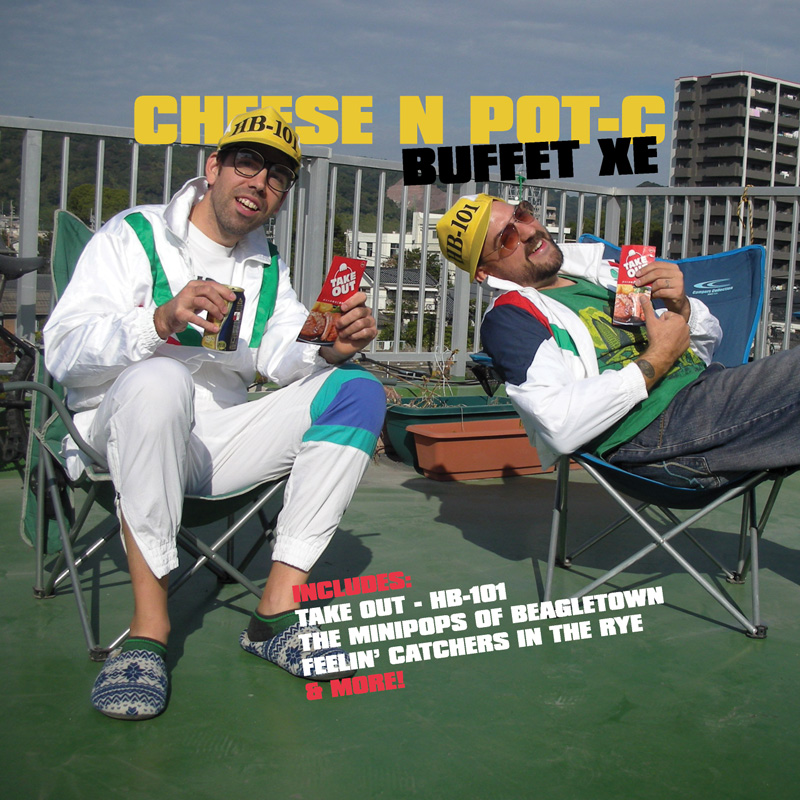 Back in 2008, when I first heard of a funky little netlabel called Random Flow, they had already released a series of releases that showed me that hip-hop was alive and well in the netlabel community. Among their artists, CM aka Creative was the first whose music I would later release right here at blocSonic. However there were other artists who also made quite an impression on me… cheese, Pot-C and D3Zs. Somehow this netlabel had put together an incredible mix of hip-hop… and then it was done… Random Flow released a 1st birthday mix and nothing more.

Well, I’m very happy to announce that starting today and going on right through September we’re releasing a series of releases by Cheese N Pot-C and the D3Zs. We kick things off today with an Xtended Edition release of the three most recent independently released Cheese N Pot-C albums as Cheese N Pot-C Buffet XE! Two discs packed with three great hip-hop albums and a few extras thrown in for good measure. Later this month we’ll have their new album and singles then next month the D3Zs make their blocSonic debut!

Canadians who eventually made their way to Japan… Cheese N Pot-C have been recording and performing hip-hop music since 1989. With shared production & EMCEEing duties and cheese’s turntable wizardry, they represent hip-hop to the fullest.

The Buffet is a great overview about what these guys are about, musically. With over 2 hours of straight up hip-hop… heads will surely be nodding!

A very special thanks Cheese N Pot-C… it’s great to have you on board… welcome to the blocSonic fam!