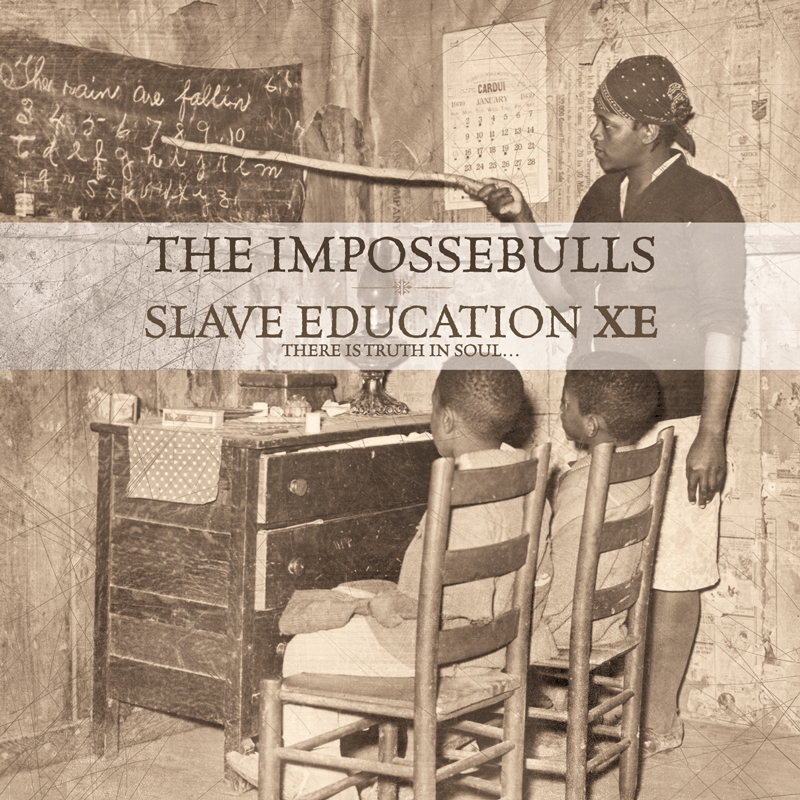 Ten years ago, almost to the day (October 12th, to be specific), The Impossebulls released their sophomore album, Slave Education. It ended up being the flagship release of the re-launch of Chuck D’s SLAMjamz Records, so it was being released via a new distribution partner. Somehow, someway, the distributor pressed up a significant number of copies of the new album using a master of their first album!? How they got a hold of that master is anybody’s guess. Regardless, that alone was enough to harm the album’s chance of gaining any kind of traction.

With very few but the most hardcore Impossebulls fans (who were either lucky or had correct copies mailed to them personally by Marcus J) having heard the REAL album, it only made sense to re-release it as an Xtended Edition this month as part of a sort of anniversay and new album celebration with Impossebulls releases every week! Hopefully this time around, Slave Education XE can gain a few more listners and fans. It’s certainly a quality hip-hop album that suffered a bit of bad luck and deserves the spotlight shined on it once again.

A very special thanks to Chuck D and SLAMjamz for allowing blocSonic to re-release “Slave Education”. Of course, thanks goes out to The Impossebulls… I’m happy that blocSonic has this opportunity to try and get this deserving album out to more listeners.