New release: The Scallions are back with the re-release of their conceptual gem! 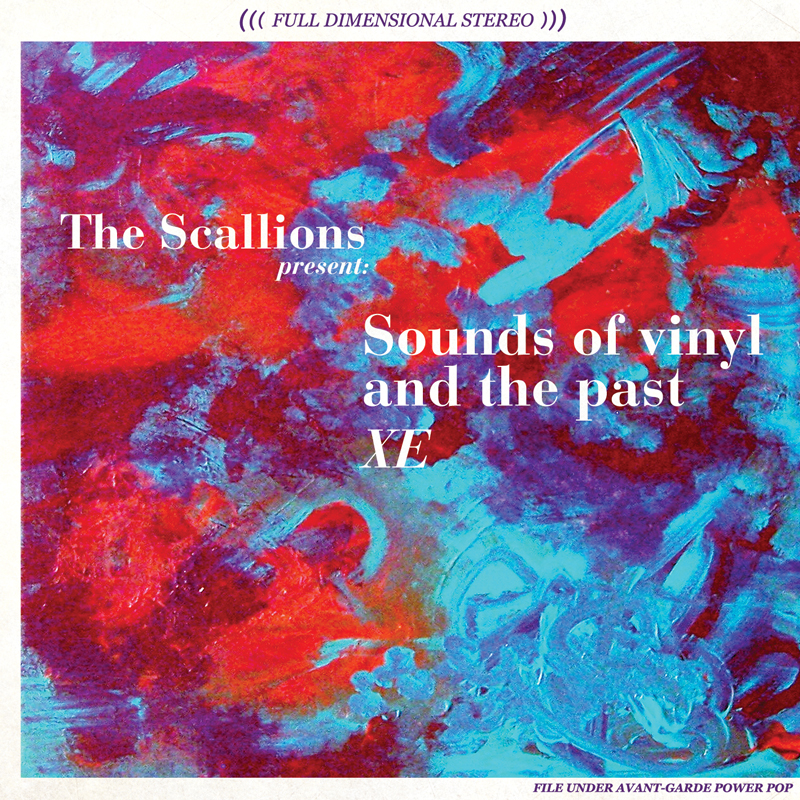 I first heard The Scallions back in the early 2000s when I was designing much of the cover art for SLAMjamz online mp3 releases. From the start, their brand of Avant-Garde Power Pop grabbed my attention and didn’t let go. For me, their music was fresh and new while at the same time it harkened back to an era where SONG-WRITING mostly ruled the airwaves. In 2006, they released their debut retail release, Agony Through Ceremony (which has since been re-released via our Xtended Edition series), it was as great as expected.

So I have to lay it out for you… when I first heard that their next album was to be an experimental instrumental release, I really had my doubts (primarily due to my love of ATC… hey… can you blame me? I couldn’t imagine their music without Mike Franklin’s fantastic vocals!). So I slept on Sounds of vinyl and the past when it was released… shame on me… REALLY. I finally got to give it a thorough listen during the preparation of this blocSonic re-release and it truly caught me off guard. Sure, it’s an experimental format and the music is wild and crazy, but this is The Scallions… no question. While there is an uninhibited quality to it, it is far from being out of control. Restraint is evident throughout, which makes for a simply enthralling listening experience! Not to mention the flash of Gilmour-esque guitar brilliance that Shawn Franklin captures as if possessed by the man himself.

Of course, the music is only one half of the experience. The other half is the back story that was conceived of to accompany the music. The combination of the two help to transcend this album to something more… something comparable to a film score.

Be sure to also check out the short film, “Songs of Vinyl and the Past” created by David “C-Doc” Snyder, which is included with the release.

It’s an honor and a pleasure for me to be able to present this Xtended Edition to you on behalf of The Scallions. I really do hope you enjoy it as much as I do.

A very special thanks to The Scallions and Chris Cory of Mind’s Ear Records for allowing blocSonic the honor of releasing this fascinating concept album as part of our Xtended Edition series! Thanks also goes out to all participating musicians.

Download your free copy of Sounds of vinyl and the past XE!