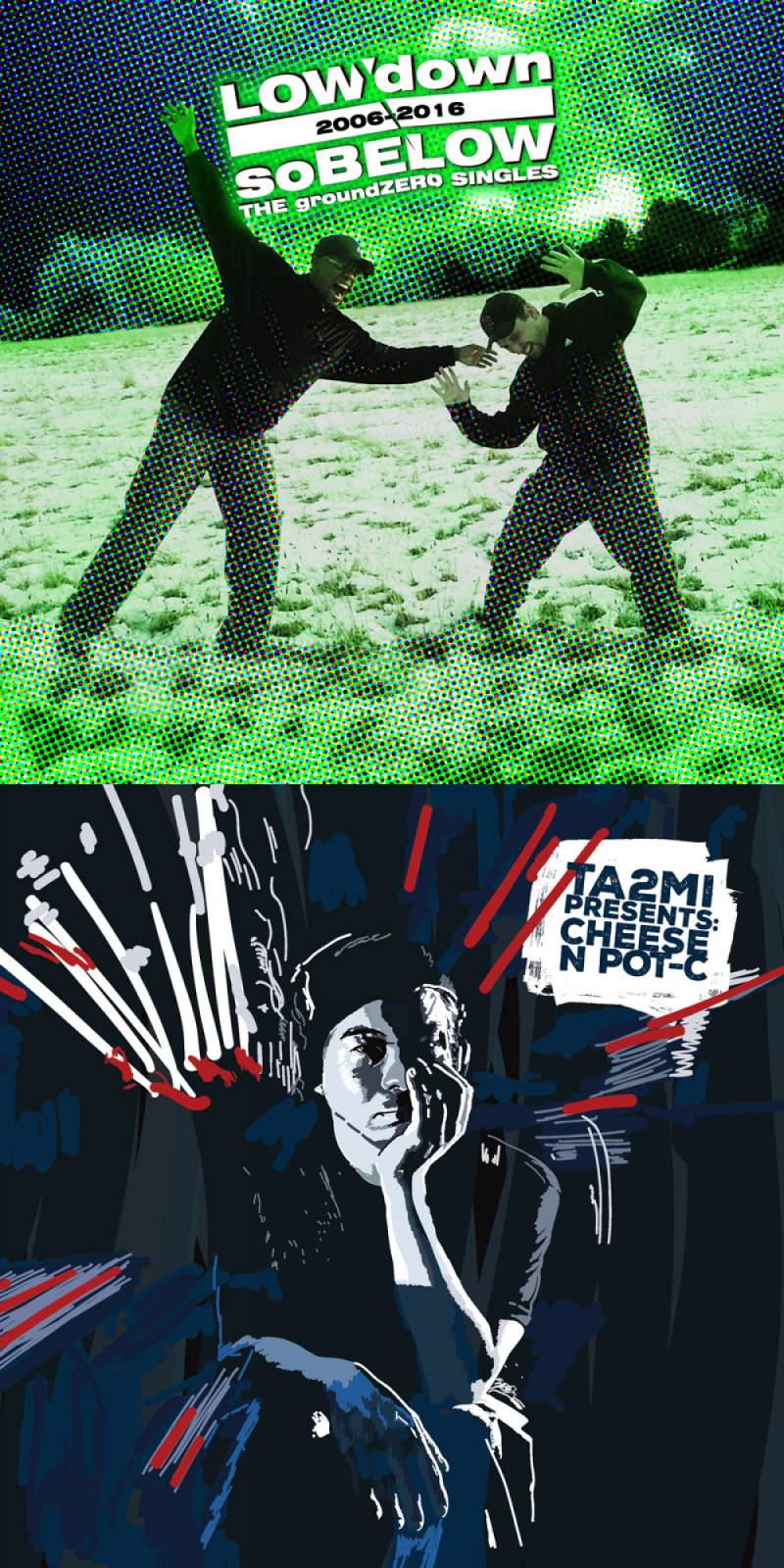 I’m psyched to present to you a double shot of hip-hop! Two releases that each forecast new projects in 2017!

The last time LOWdown dropped anything, it was back in 2014 when they released their dope live EP HAUPHUCHINLIVEIYAM. It’s simply not often that they release music to the world, so today is quite a special day.

Fans from their SLAMjamz era will likely be familiar with their 2006 album groundZERO 1994-2004. Well, if you are, you may also know that around that time they released a couple limited run physical singles that contained a few essential rarities. They were also supposed to release an EP leading up to the release of that album that never materialized, except as a single test pressing.

Today, we’ve got a dope collection containing all the single / unreleased EP tracks that only a lucky few, up until now, have managed to get their hands on! Long-time fans rejoice… you can complete your collections! If you’re a new fan and unfamiliar with the LOWdown sound, you’re lucky, indeed… you have the ability to get a hold of all their music as you get hooked!

Oh… and in case you’re wondering if there’ll ever be a new album… they’re working on one for 2017… word.

Shout out to C-Doc & Tirade aka LOWdown for the dope beats & rhymes over the years. It’s great to be able to get these rarities out to listeners new & old. I look forward to hearing what you’ve got cooking!

Hey kids… do you like beats and rhymes? Are you ready for some dope new music? Well we’ve got a treat for you today! We’ve got a brand new EP by those crazy Japan-based Canadians Cheese N Pot-C. It’s not an ordinary CNP EP… either. This one features the incredible beats of Jodo Shinshuu Buddhist monk / DJ / Producer / beatboxer… TA2MI. That’s right, a Buddhist monk who can rock those funky beats.

CNP and TA2MI go back to 2001 when a mutual friend introduced them. In 2011, TA2MI was featured in the documentary KanZeOn and is now set to launch his whirlwind interview and show tour. Today’s release is a taste of a full-length project that’s set to drop in 2017.

A very special thank you goes out to TA2MI, HighSnow, Long John & Cheese N Pot-C for this dope new EP! I look forward to the LP next year!