Back in December of 2014, Dr. Mindflip released “In a Garden of Fools”, the final EP of a series he released in 2013 and 2014. So, suffice it to say that we’re excited to finally bring to you their first release in almost eight years! Oh… and it’s a full-length album, too! For anyone who has kept up with what they’ve been doing independently, since 2014, you’ll know that they’ve released lots of good stuff, which we’ve linked to on their artist page. If you haven’t be sure to check it out. Especially, the concept album “Roominations”.

Anyway, the new album “How are you fixed?” has arrived and you’re raring to download and listen, right? You should be! By the last blocSonic release in 2014, Dr. Mindflip was just beginning to evolve from a solo project for the artist now known as The Doctor into a band. Fast-forward to today in 2022, the band is fully formed and the sound reflects it. Where in 2014 it was intimate and explorational, today it’s exuberant, confident and adventurous with The Doctor, Owly, Dollhead, Sage, and Mr. F. Delightful all making hallucinogenic piano pop, jazzy nightmares & funky dreams for your ears.

As always, the Dr. Mindflip sound is hard to pin down… Indie? Sure. Alternative? Sure. Avant-Garde? Sure. Experimental? Sure. Pop? Yup. It’s all those things and it’s ready for you to download and listen. When you’re done listening (or at least when you’re able to focus on other things), head on over to their bandcamp to pre-order the vinyl.

Hey Dr. Mindflip, it’s such a thrill to once again release your music. And, what a way to reintroduce you to blocSonic listeners! You guys put together one hell of a new album! 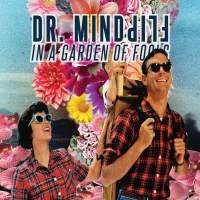 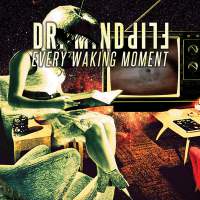