Being a child of the 70s, I clearly remember a time when music was alive. Radio playlists weren’t limited to 10-12 tracks endlessly played over and over. Yeah kids, there was actually a time when FM radio was relevant. You could easily dial into your favorite station(s) and catch something new and interesting or even old and classic being played.

Before videos, before the independent music industry sprouted, before CDs, MP3s and iPods. Somehow the major music industry, even with it’s monopolistic control, allowed artists to develop and create great music. Then came MTV and CDs.

Initially, MTV introduced a whole crop of new artists to it’s viewers. It was the wild wild west. Independents gained national exposure and helped garner MTV respect and trust among music fans. At least until the majors caught up to this new thing called videos. Suddenly the independents were squeezed out again to make way for videos from the majors. Then came this little thing called rap music. It took a while for MTV to pay attention. Thanks to Yo! MTV Raps, it finally did and independents once again got the spotlight. At least until the majors figured this thing called rap out and realized that they could make loads of skrilla by exploiting it. So they did. Yo! was put off the air and rap was placed into normal rotation. However, videos were slowly being pushed aside to make way for ‘original programming’, even as the popularity of independent spirited “grunge” and alternative was dominating. Slowly MTV devolved into eMpTyV. By the mid-90s music no longer dominated.

Since this time, the major music industry has been reshaping itself to make ever more profits. The bottom line became the only goal. The industry became focused on singles-driven profits. Artist development was a thing of the past. No longer would megastars such as Madonna or Michael Jackson be a possibility. Sure there would be ‘stars’, but not of the international caliber or longevity that the 80s performers became. Pumping out artificially created ‘stars’ du-jour became the status quo and has remained so.

Little did the majors know that something was just around the corner that would change everything. Something that the majors largely ignored. “Liquid Audio” suddenly ushered in a new era. In hindsight, a new era that Liquid Audio would play a very small part in, thanks to another digital audio technology. Liquid Audio was the music industry’s first tiny foray into digital audio downloading. Though it was doomed from the start due to DRM restrictions and due to that other digital audio format MPEG-1 Audio Layer 3 or for short MP3.

What a huge impact one little acronym can make! Of course... it’s impact would have been much more contained had it not been for a file-sharing application developed by Northeastern University student Shawn Fanning, Napster. In 1999, through word-of-mouth, music lovers worldwide heard about the application and file-sharing network that it provided and instantly recognized the possibilities it afforded. For the first time in history, music from all over the world was available quite-literally at one’s fingertips. Suddenly music was alive again! Music fans started seeking out discographies of their favorite groups. The Beatles’ catalog was one of the first extensive catalogs to be digitized by fans. The buzz was out... media caught wind of it and the firestorm began. Metallica’s Lars Ulrich became the music industry’s right-hand man when he legally went after Napster for providing an avenue for fans to download Metallica music for free.

At the same time, Def Jam artist Public Enemy left the label due to a disagreement over providing their remix album ‘BTN 2000’ for download online. Public Enemy’s lead member Chuck D, was equally outspoken, though he sided with file-sharing. Inevitabally, Chuck and Lars ended up in a public debate over the subject. Eventually, Napster was shutdown and was relaunched all ‘legal-like’ and has since struggled to find it’s place in the digital music realm up against Apple’s iTunes, where fans are lead to believe that .99 cents per track is a “bargain”.

Just around the same time that the MP3 came to light an underground digital movement that was already well established began to see this new format as a means for sharing music. Soon, internet labels, or “netlabels” for short started springing up out of the demoscene. These netlabels provided free internet only music releases. For the most part, these netlabels were initially ignored by outsiders of the scene. At least until RIAA lawsuites against file-sharers, shoddy mainstream music, DRM’d CDs and downloads. Suddenly free and legal music sounded like an idea who’s time had come.

The popularity of netlabels is ever increasing as the numbers of netlabels explode and as copyleft licenses such as those developed by Creative Commons become widely used. Music is alive again!

One problem... the sheer quantity of netlabel releases and no simple way of sifting through it all to find the gems. That’s where blocSonic and our netBloc releases come in. Admittedly not a solution to the problem, our netBloc releases are a but a tiny-step in the direction of a future solution that we intend to develop and launch. For the time-being let our monthly releases help you shine some light on deserving artists/netlabels and the terrific music that they have to offer. Help us usher in a new era by regularly downloading our releases and then checking out the featured artists’ and labels’ websites for more from them.

Send a message to the major music industry by declaring war on them. There are literally thousands of netlabels and I guarantee that among those labels, you’ll find music that’s breaking boundaries and innovating new sounds. The music is free, the quality is excellent, the diversity is ever increasing. Now’s the time to support the new music industry, instead of buying that new mainstream artist-du-jour’s album. Send a donation to that new netlabel artist you discovered online or their label, purchase the CD-R of the release.... whatever. Your money will mean more to them then it will to some CEO of some mega-corporation. If you don’t want to pay a dime, you don’t have to... just spread the word... let others know about the netlabels and artists you enjoy. I foresee that quite soon a whole new industry will sprout up around netlabels, be a part of it. Hear it happen. Consider this release the opening salvo in the war on music-product.

Listen to the music. Enjoy this premier volume of the blocSonic netBloc series that features music by M.A.Z.C.A., Raflesia, Patchwork on the Blues, Phour Trakk, youthmanSteppa, Melissa Welch, Happy Elf, Pablie, This One and Disrupt. 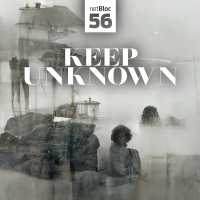